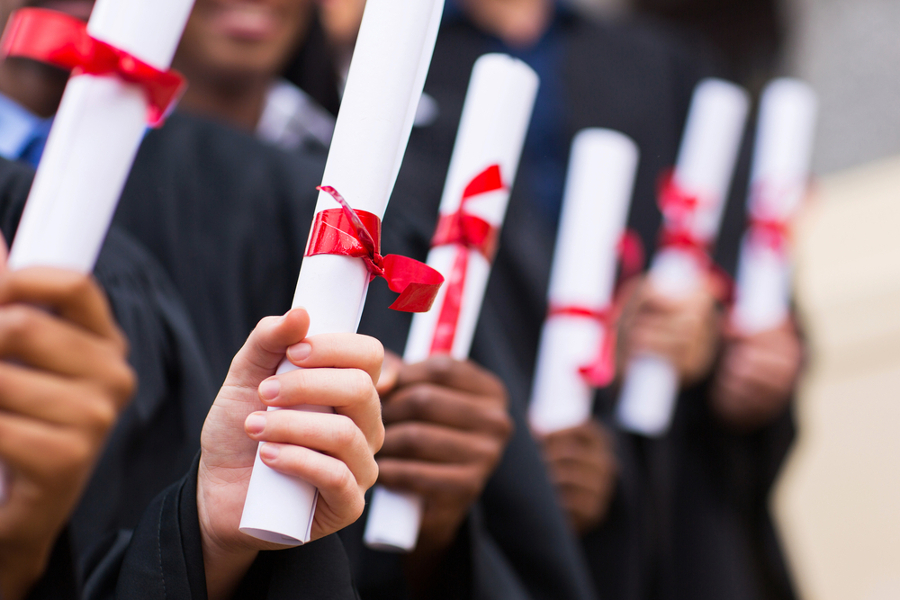 A bachelor’s degree, also called a baccalaureate or undergraduate degree, is awarded upon the completion of an undergraduate study program. Typically, bachelor’s degree programs take four years, but some fields of study like engineering and architecture require five years instead of four. According to the U.S. Department of Education, a typical bachelor's degree requires at least 120 credit hours (see here) depending on the specific major, and whether the university uses a semester, trimester or quarter system. If you’ve earned an associate’s degree, the 60 hours you already have may count toward this total. There are several types of bachelor’s degrees, including:

Bachelor of Arts degrees are typically earned by students pursuing an education in social science, liberal arts or the humanities, while Bachelor of Science degrees are geared toward the fields of medicine, the hard sciences like physics or biology, and some social science fields like psychology. Bachelor of Applied Sciences, Economics and Fine Arts are specialized degrees meant to demonstrate high proficiency in technical, financial and design or performance arts fields.

Most universities in the United States require students to declare a major area of concentration—such as history, philosophy, English, education, psychology, sociology, biology, chemistry, physics, or exercise kinesiology. A major accounts for at least 25% of all credit hours earned toward the bachelor’s degree.

Generally, your major corresponds with the bachelor’s degree, but not always. For example, if you major in physics, then you would pursue a Bachelor of Science (the degree) in Physics (your major). Or if you major in English, then you will most likely pursue a Bachelor of Arts (your degree) in English (your major). However, you could choose to pursue either a Bachelor of Science or Arts in History (a liberal arts/social science major), as well as Education. Consult with the enrollment department or guidance counselor to see which combination is best for you.

If you believe you might one day want to continue your education by pursuing a master’s or doctorate degree, a bachelor’s degree is a major step toward realizing this goal. If you have a passion for a particular subject and want to learn about it thoroughly, or want a job with certain higher education requirements attached, then a bachelor’s degree is a great option to pursue.

American InterContinental University Online, A Member of The AIU System